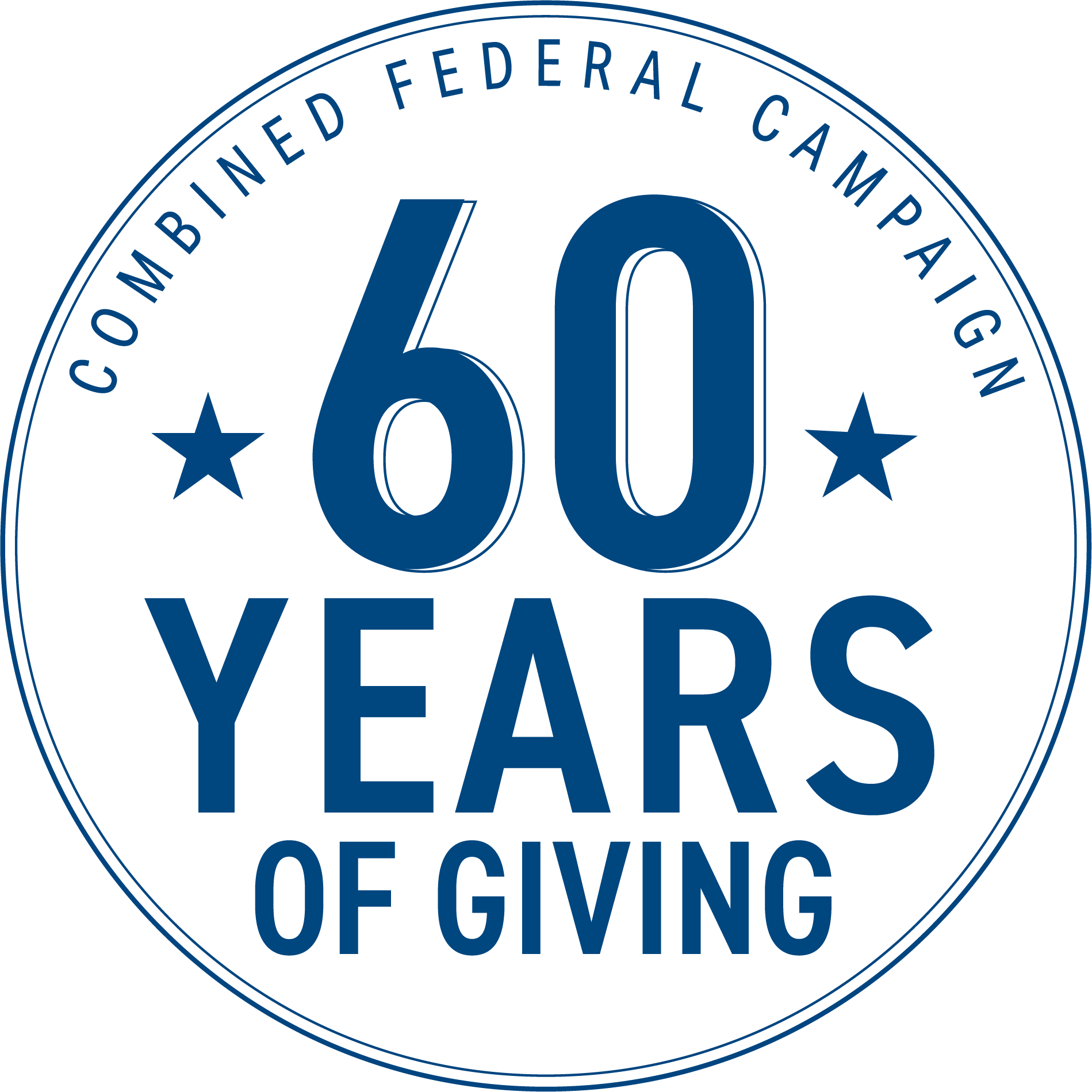 The 2021 CFC celebrates 60 years of generous giving by the federal community, and what better way to celebrate this tradition than by entering the 2021 CFC 60th Anniversary Contest. This campaign contest provides an opportunity for the CFC to recognize you and your team for going above and beyond, using creativity to celebrate the 60th anniversary of the CFC and bringing the CFC message to your co-workers, no matter where they are working.

The contest is open to all federal departments, agencies & offices.

Last day for submissions: January 15, 2022 – Early submissions are recommended to increase promotion of your entries on our local CFC social media page.

Awards sent out to winners: February 2022

Submissions should include original content created to celebrate the 60th anniversary of the CFC and promote giving during this special campaign year, in one of the following strategies:

Judges will rate entries according to the criteria listed below.

If you are submitting a large video file please reach out to your local CFC office to transfer the file. Early submissions are recommended to increase the opportunity for promotion of your entry on our local zone social media page.

All winners will receive an engraved 60th CFC anniversary award, be featured in local press release and be recognized during the annual CFC finale/awards ceremony.

This site has been approved by the Local Federal Coordinating Committee.
© 2021 Combined Federal Campaign. All Rights Reserved. The CFC is a program of the U.S. Office of Personnel Management.