A scholarship and a font changed Hannah's life forever 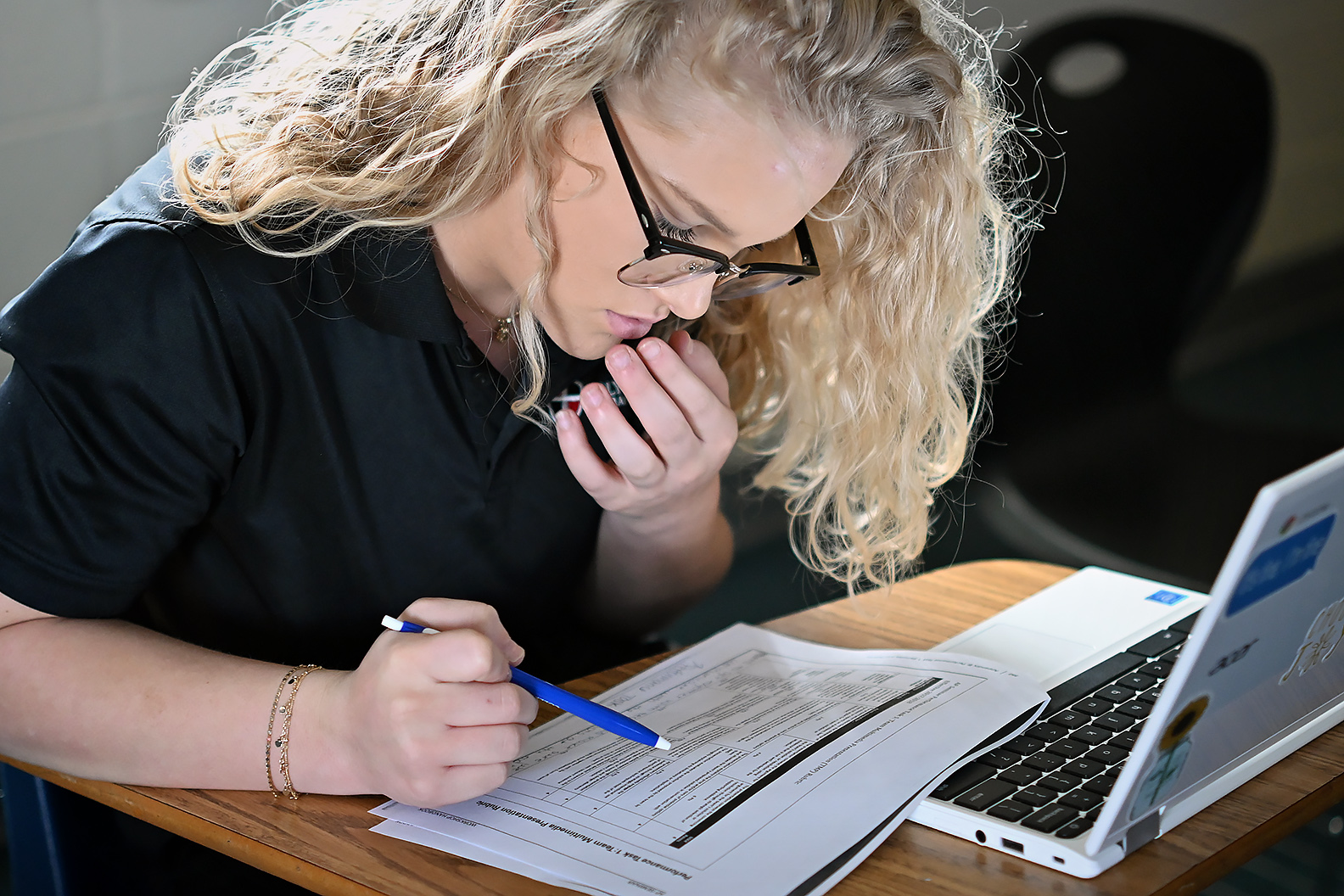 Hannah Gilmour had serious troubles with reading and comprehension for most of her early school years, but never could figure out why. Her mother tried desperately to unravel the mystery as the D and F grades continued to pile up. Hannah’s academic future seemed doomed until the answer came in the form of a scholarship and a font…

Three years ago, Hannah’s mother enrolled her as a high school freshman at Holy Cross Lutheran Academy in Sanford, Florida, with the help of a Step Up For Students Scholarship. This scholarship helps K-12 students in Florida with limited financial means find the educational setting that works best for them. After a year there, with the help of the dedicated principal, it was finally discovered that Hannah had Dyslexia. Dyslexia is a learning disorder that makes it difficult for people to decode letters and words.

Before she was diagnosed with Dyslexia, reading in class and facing tests would grip Hannah with severe anxiety. "I got super-frustrated to where I didn't want to do the work anymore and I was completely failing," said Hannah, who is now a junior.

With Hannah's struggles, her mother just couldn't see how they were going to get through the rest of her schooling. Then she heard about the Step Up For Students Scholarship, which opened the door to a private school option she could not otherwise afford. It intrigued her. She did her research and came across Holy Cross.

"As soon as we came and toured," Hannah’s mother said, "I knew that this would be the best solution for her." The smaller class size seemed to be just what Hannah needed. As a freshman, her grades immediately started improving, but reading was still giving her trouble and causing her dread. The teachers could tell Hannah was a smart kid and she got along great with her new classmates, but when it came to taking a test or doing her work she floundered.

Upon being diagnosed with Dyslexia, the principal at Holy Cross made it her mission to find help for Hannah. In doing so, she discovered a virtual miracle—a special font or people with Dyslexia designed by an honors college student with the disorder from the Netherlands. For his graduation project, Christian Boer developed a font that ignored the basic rules of typography and allowed him to process letters and words in a whole new way. "Dyslexie Font," created in 2008, is a typeface that actually helps to prevent the mirroring, turning, swapping and overcrowding that plagues those who struggle with Dyslexia.

The principal gave Hannah’s mother a sample of the font and requested that she not tell Hannah anything about it but have her look at it and try to read that same evening. Her mother called back the next morning and was so happy—she had never been able to hear her daughter read a complete sentence without the lag of decoding. And Hannah also realized an immediate improvement. "As soon as I read a sentence, I saw a major difference," she said. "With the Dyslexie Font, it spaces the letters out to where I'm able to read, and it made me feel much less stressed.”

Hannah’s mother believes it was a real awakening for all of them. The difference was so drastic, she says it proves they had not truly realized how much difficulty Hannah had been burdened with, and it makes her triumph that much more impressive. Holy Cross embraced the font, and Hannah's teachers are able to produce her assignments and tests with it. The specialized software also allows Hannah to use the font on her own laptop for reading and writing.

Hannah's grades have improved from a D average to a B+ average and she’s so proud of herself. She never wanted to go to college previously, but now she's looking forward to it, and believes if she hadn't come to Holy Cross and found the Dyslexie Font, she'd be facing a much more uncertain future. "I really feel I'd be failing miserably in school if I did not come here," said Hannah. "It really has changed my life."